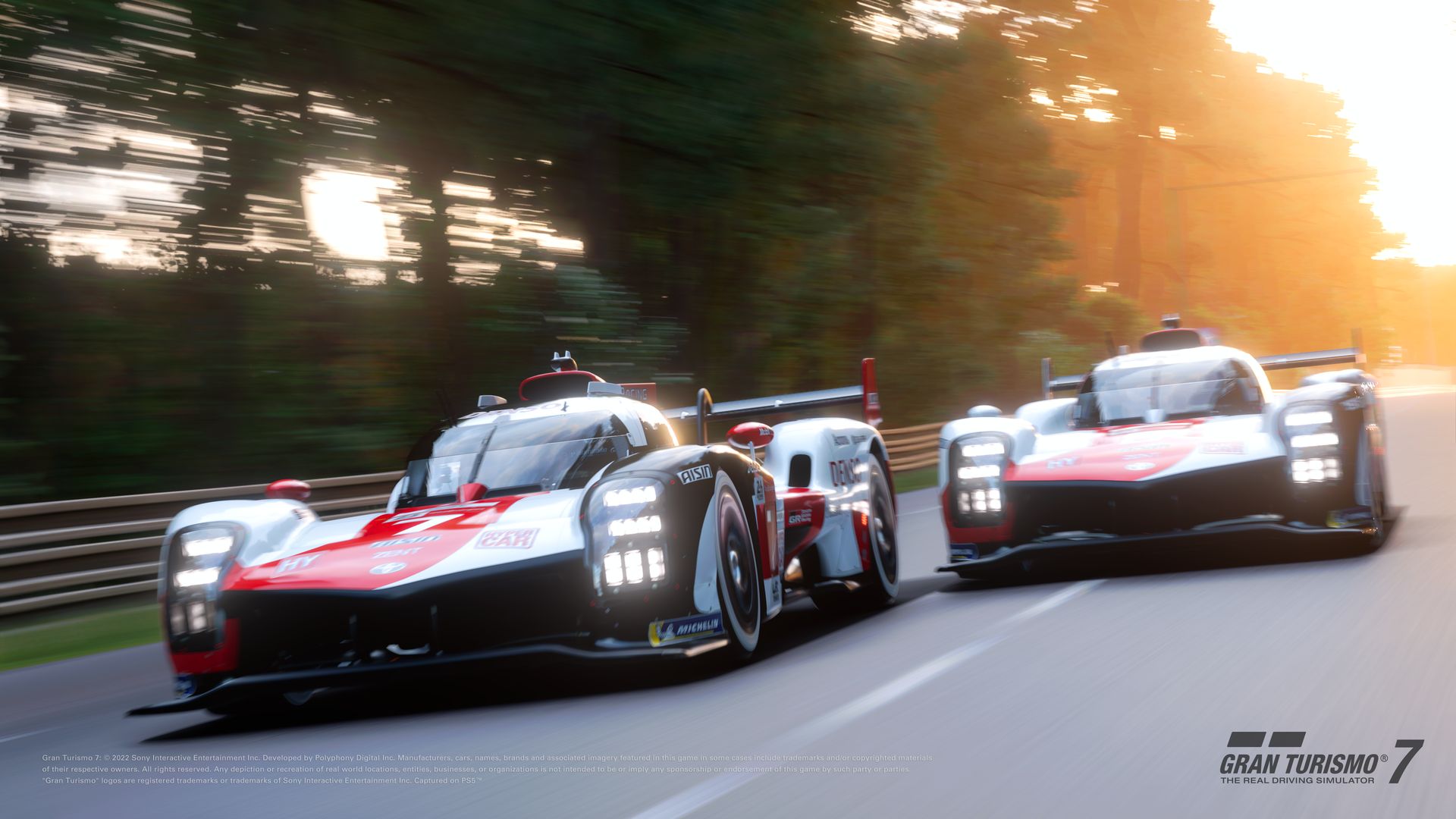 2. Café
– It is now possible to receive ‘Birthday Present Tickets.’ Those tickets can be received from Sarah in the Café, and can be claimed a week before or after the date of birth registered on the player’s account for PlayStation™Network;
– The following three new Menu Books have been added:
・Menu Book No. 40: Enter the ‘Lightweight K-Cup’
・Menu Book No. 41: Enter the ‘Vision Gran Turismo Trophy’
・Menu Book No. 42: Enter the ‘Gr.1 Prototype Series’

The new Menu Books No. 40 and 41 will appear after clearing Menu Book No. 39 (‘Championship: World GT Series’) and having watched the ending, with a player’s Collector Level of at least 20. Menu Book No. 42 will appear when the above conditions are met and the player’s Collector Level is at least 30;
– Added 55 sets of new conversations with the Characters appearing in the Café.

In order to play these new events, it is necessary to unlock and accept Menu Books No. 40, 41, and 42 in the Café.
– Adjusted the rewards for Arcade Races and Custom Races;
– Added the ‘Race Settings’ option to the Quick Menu of Custom Races.

4. Showcase
– It is now possible to export photos taken in Scapes or Race Photo mode to the ‘Media Gallery’ of the PlayStation®5 console and the ‘Capture Gallery’ of PlayStation®4 system. The resolution of the exported images are individually adjusted on the PS5™ and PS4™, and can be shared to various Social Media platforms or transferred to a USB drive, with a resolution of 3840×2160 pixels on PlayStation®5 and PlayStation®4 Pro console, and 1920×1080 pixels on PlayStation®4 system. The export function is only available from [Showcase] > [My Items] menu. In addition, photos set to ‘Open to All’ from ‘My Items’ within Showcase and displayed in the ‘Gallery’ within My Page can be downloaded at their original resolution from the ‘My Page’ area of the official website’s GT7 section.
– Added a ‘Like/Comment’ button to the Quick Menu of shared replay content. Pressing this button will open the Details screen of the content.

7. Garage
– It is now possible to use the up/down directional buttons, in addition to the right stick, to scroll through the car description text from the [Car Collection].

8. Auto Demo
– A new spot has been added to the slideshow of Scapes;
– When a Scapes slideshow is played during the auto demo, it is possible now to go directly to the [Scapes] photo spot by pressing the △ button. (This will become available only after the [Scapes] Pavilion is unlocked and the Tutorial has been completed.)

10. Multiplayer
– An ‘Equal Condition Mode’ option has been added to to the ‘Time / Weather Settings.’ When this option is turned ‘On’, the ‘Variable Time Speed Rate’ setting will not be available.

11. Race Screen
– A display has been added to the car name indicator to show the distance to the penalty line.

12. Rankings
– The ‘Top 10 Stars’ ranking can now be displayed in the Licence Centre, Missions, and Circuit Experience Rankings.

13. My Page
– An indicator showing the progress to the next Driver Rating has been added to the Profile.

Other Improvements and Adjustments

1. Collector Level
– A notification indicating when new ‘Missions’ have been unlocked after levelling up has been added to the Level Up sequence. The notifications for levelling up and unlocking more ‘Tuning Shop’ areas will now appear separately.

2. Legend Cars Dealership
– In the Hagerty Collection, prices have been revised according to real world valuations under guidance from Hagerty. Hagerty is an American company that provides car insurance and valuation for classic cars, and has also sponsored many historic car events in recent years. The new prices will be applied from the next lineup update. The next pricing revision is planned for August 2022.

3. Car Settings
– Fixed an issue wherein Performance Points were not being calculated correctly when changing gear ratios in the transmission settings;
– Adjusted the calculation formula for the Transmission Settings.

4. Physics Simulation Model
– Fixed the operation of the overtake system for the ‘SF19 Super Formula / Toyota ’19’ and ‘SF19 Super Formula / Honda ’19’;
– Fixed an issue wherein cars would drive unnaturally faster when tyres drove over some kerbstones;
– Fixed an issue wherein auto-drive and automatic gear shifts would repeatedly shift up and down, causing the car to not accelerate when the gears were set to an extreme gear ratio.

5. Steering Controller
– Fixed an issue wherein the game would crash if resuming from Rest Mode while using the Logitech G923 Racing Wheel;
– Adjusted the force feedback strength of the THRUSTMASTER® T-GT / Fanatec® Podium / Fanatec® GT DD Pro. While using the steering wheels listed below, if the values of the ‘Force Feedback Max. Torque’ or ‘Force Feedback Sensitivity’ under [Controller Settings] > [Steering Force Feedback] options are set very high, the wheel may vibrate violently. If this happens, please set a lower value.

6. Cars
– Fixed an issue with the livery for the Ferrari 512 BB ’76 wherein the livery would become distorted near the fuel filler and engine cover;
– Fixed the interior instrument meter graphics for the Mazda Eunos Roadster (NA Special Package) ’89;
– Partially fixed the operation of the lights on the Volkswagen Scirocco R ’10;
– Fixed the painted area while driving with the WORK Meister S1R wheels.

7. Sound
– Fixed an issue wherein some music tracks that were selected in the ‘Race BGM’ playlist within ‘Showcase’ would not play back during an Arcade Race:
・Lenny Ibizarre – “Orpheus in the Underworld” Overture
・Lenny Ibizarre – Guillaume Tell (William Tell)
・Ouantic – Motivix Retrograde
・Rosalía – Bizcochito
・STR4TA – Aspects
– Fixed an issue wherein Race BGM would not play back during a race event if a player entered a race with ‘Race BGM’ Playlist selected in ‘Showcase’ and the race event’s music track was not selected.

8. Missions
– The rankings for the following events have been reset:
・Moby Dick
– Pit In or Stay Out 1
・The Human Comedy
– Kyoto Driving Park One Hour
– Deep Forest Raceway One Hour
– Alsace One Hour

9. Circuit Experience
– It has been confirmed that some records in the below events’ rankings have been registered by using glitches and invalid manoeuvres, and as a result they have been individually deleted:
・Willow Springs International Raceway: Big Willow – Sector 1
・Brands Hatch Grand Prix Circuit – Sector 4

12. Race Screen
– A transition animation has been added when changing the scale of the Weather Radar in the Multi Function Display using the up/down directional buttons;
– Fixed an issue on the PlayStation®4 system wherein sometimes the lap time displayed turned red after pitting during a time endurance race;
– During a Manufacturers Cup race, the manufacturer’s logo is now displayed next to the driver’s name appearing on the car name indicator.

13. Assist Settings
– Adjusted the braking area for the ‘24 Heures du Mans Racing Circuit’ on ‘Full Course’ and ‘No Chicane’ layouts.

14. Penalties
– Adjusted the penalty judgement algorithm so that penalties will not be applied for minor contacts in ‘Sport’ mode and in ‘Lobby.’

15. Trophies
– The trophies acquired on the PlayStation®5 console and PlayStation®4 system will now sync correctly;
– Updated the description for the Trophy ‘Time Attacker’ to more accurately reflect the unlocking requirements.

16. Others
– Various other issues have been addressed. 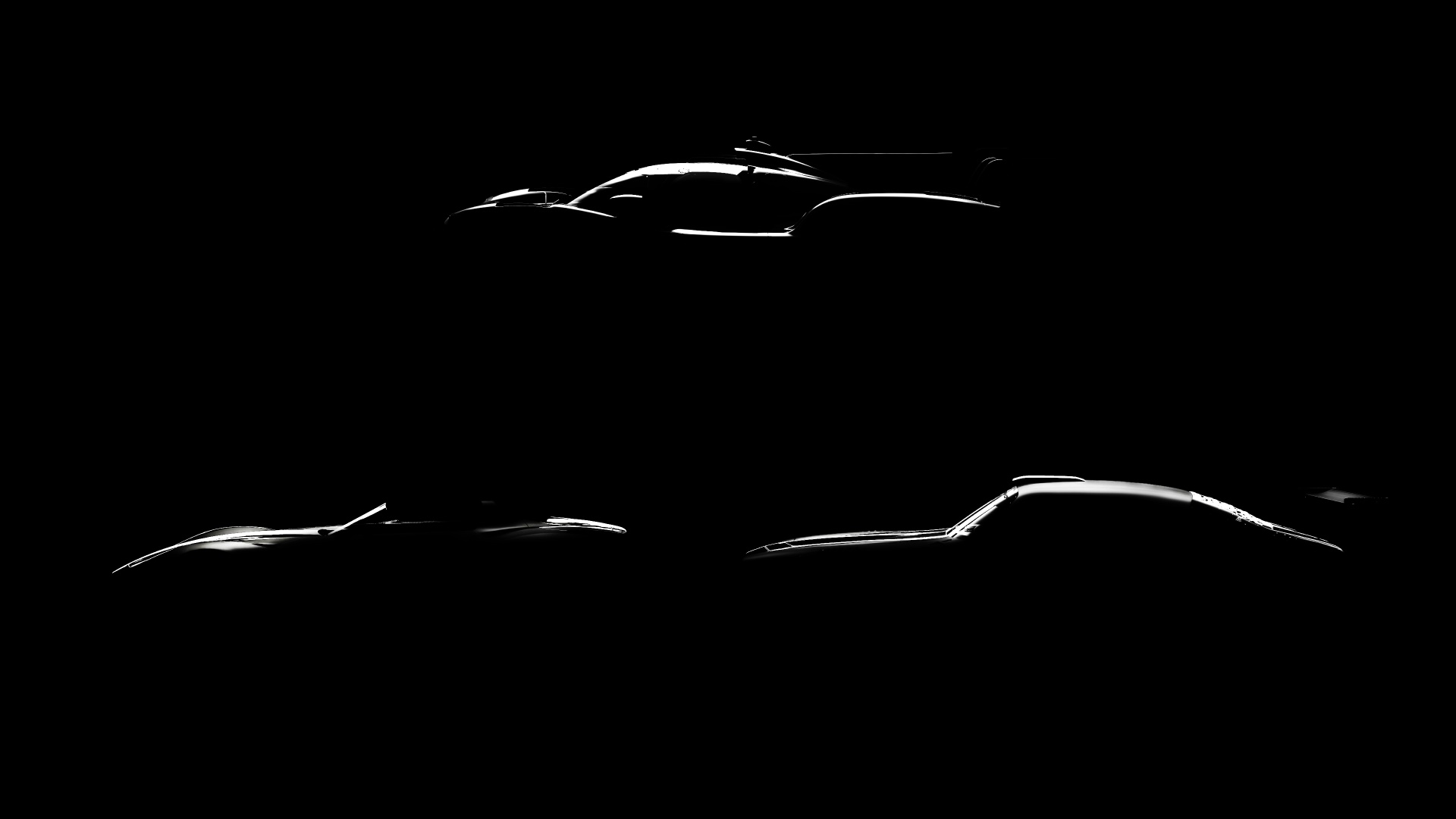 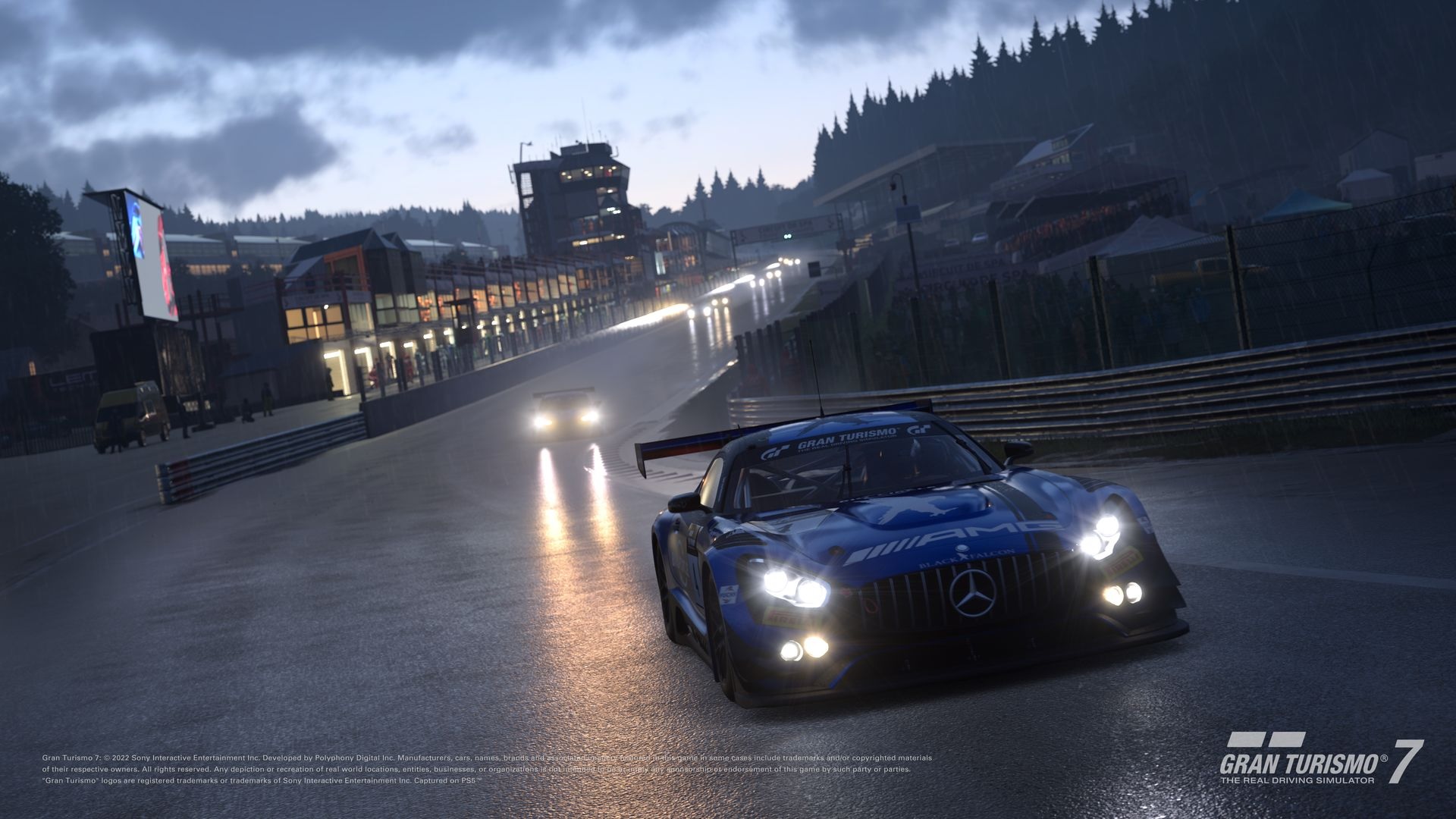 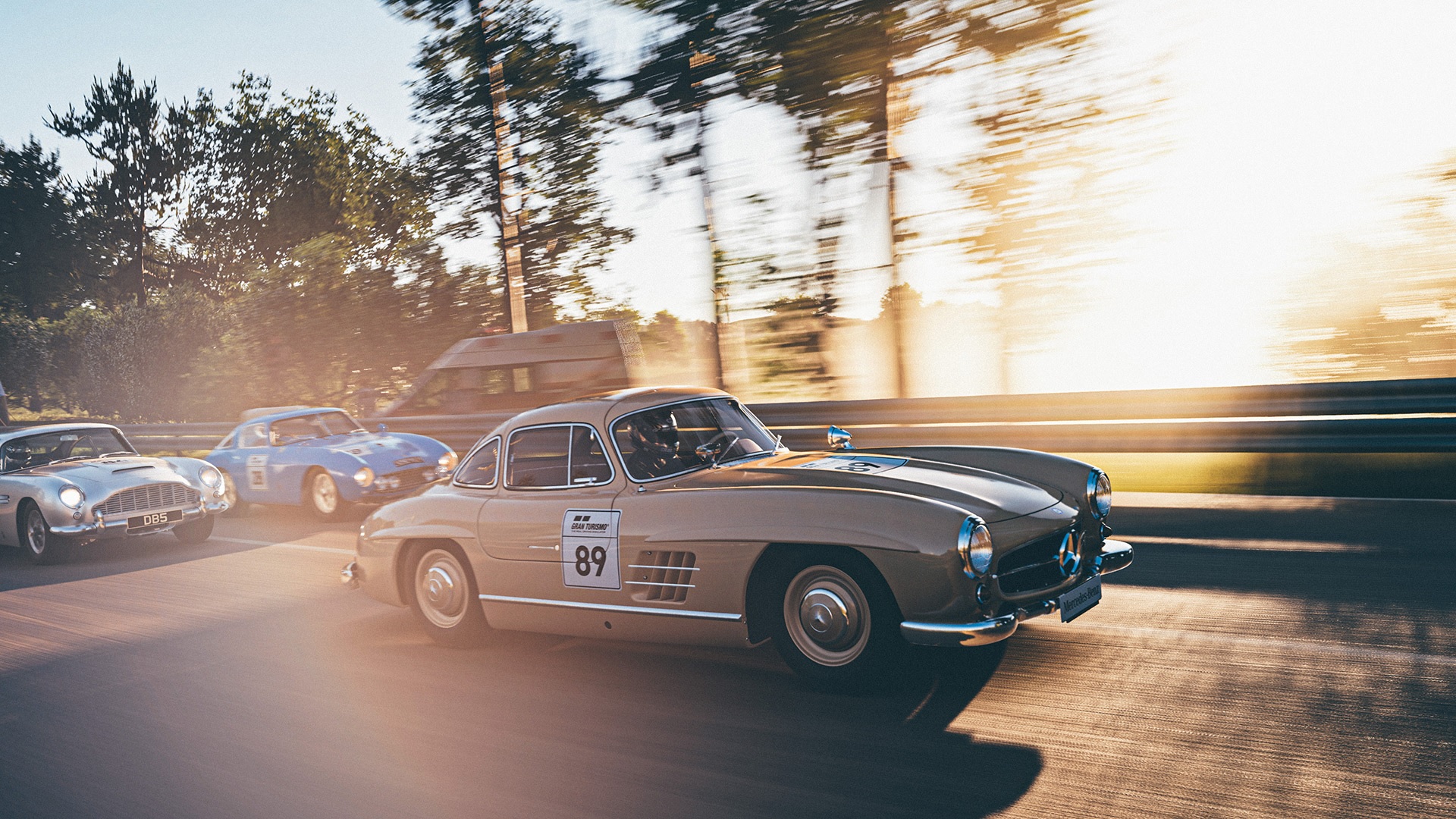 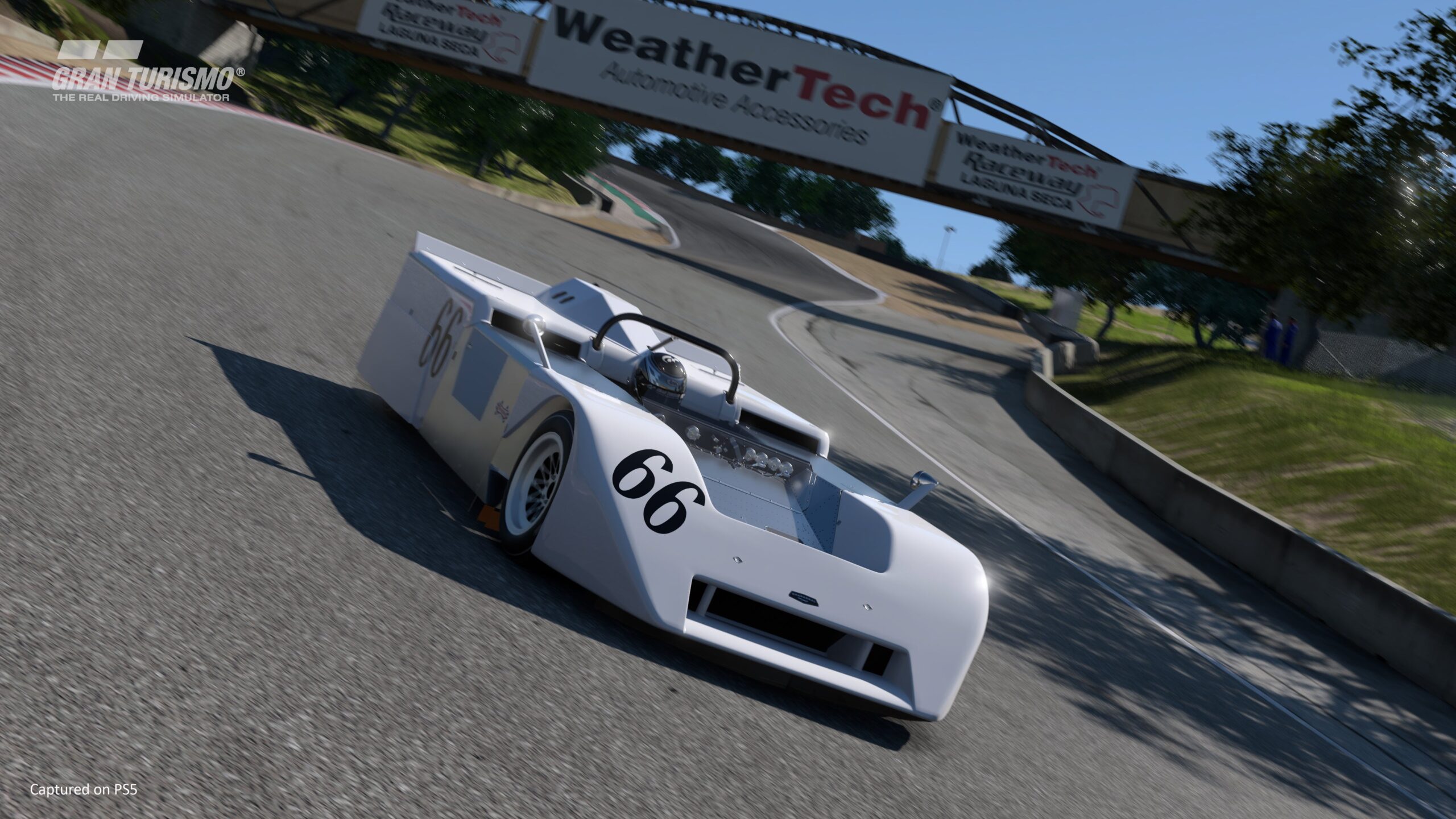 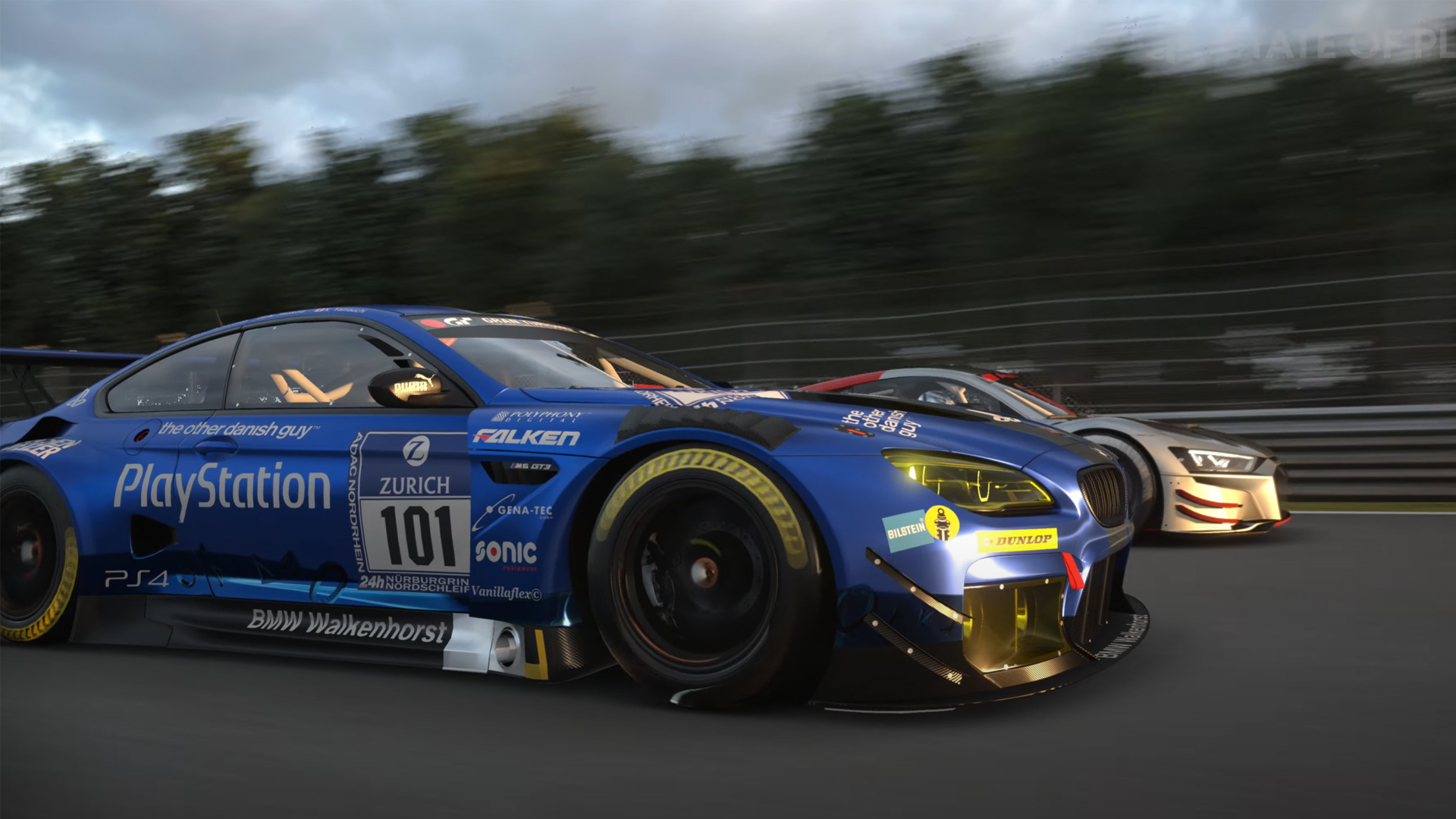